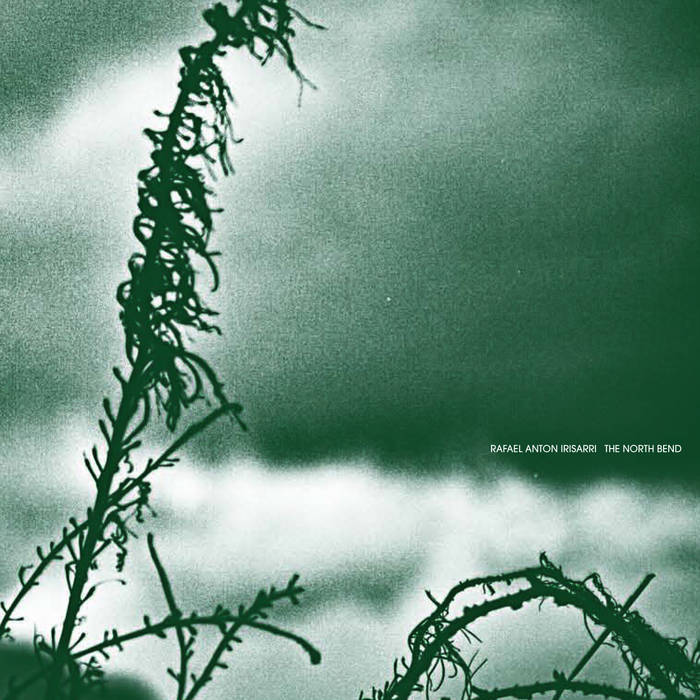 Letters of Utrecht Simply a fantastic piece of work - every ambient/drone fan needs this in their collection. Favorite track: Blue Tomorrows.

"The year is proving one of the strongest yet for Australian imprint Room40, which, not content of celebrating ten years at the forefront of experimental music, culminating with a series of concerts during their annual OpenFrame events in Brisbane earlier this month and London at the end of next week, and a stunning retrospective CD given away free to subscribers of The Wire recently, have also seen some of their strongest releases to date come out this years.

One such release is Rafael Anton Irisarri’s latest opus, The North Bend, the follow up to his Reverie mini album, published on Chicago-based Immune earlier in the year. Counting five compositions, and spanning just over fourth minutes, this new album is a much hazier and clouded affair than its predecessors, as the subtle piano motifs that found their way through Irisarri’s debut, Daydreaming (Miasmah) and Reverie are shrouded in dense layers of freezing fog, appearing now only as vague shapes, if at all distinguishable. In fact, the textures used here are much closer to those Irisarri has been experimenting with as The Sight Below, but while much of the work published under that banner is ultimately beat driven, the five tracks collected here are entirely beat-less and ethereal, feeding on something much more primal and cinematic. What Irisarri has retained from The Sight Below is the hypnotic nature of the vast soundscapes used. Irisarri builds each piece from a slow recurring core theme, and expands outwardly from there. The process is the same all the way through, and the soundscapes remain very consistent from start to finish, creating a single powerful narrative.

There is something very pastoral and ecumenical about this record, as echoes of acoustic guitars and piano motifs are superimposed on sweeping orchestral loops, relentlessly ebbing and flowing over the course of each track, from the autumnal opening piece, Passage, a piece that remains somewhat modest and fairly minimal compared to the rest of the record, and epic moments Blue Tomorrows or Traces, each continuously gaining momentum through their respective course, to the much more contrasted terrains of A Great Northern Sigh, which opens with heavily filtered reversed field recordings and ends with vast orchestral swirls, and closing piece Deception Falls, which progresses through three very distinct stages, the first defined by statics and crackles placed over a minimal melody, progressively supplanted by a second, richer, set of slow synthetic waves, itself overridden by the last, once again clustered around vast sound waves, but comparatively less expensive.

The North Bend represents a shift in Rafael Anton Irisarri’s work, seemingly bringing closer his various entities, yet actually taking a different path altogether. The delicate motifs, minimalist melodies and textured found sounds of earlier recordings are still present here, but set against much more ambitious and rich soundscapes, they at times become almost anecdotal. Here, Irisarri contemplates incredibly cinematic and ambitious musical forms, which may not have the exquisite touch of his more delicate work, but prove equally as absorbing." - THE MILK FACTORY (4.6/5)

"This third release by Seattle based multi-instrumentalist Rafael Anton Irisarri is an ode to simplicity, a caption to a beautiful image of endless greens meeting infinite shades of blue. It ushers the listener into a world where optimism won’t eventually lead to disappointment and where intermittent states of sadness will give way to a better appreciation of life. The album does have its solemn moments, but these make the album more honest and accessible, deepening the connection between the listener and the artist. It is a winter album with a summer breeze.

I'm generally suspicious of artists' self-descriptions, since so many releases are labeled “epic”, “difficult to pigeonhole”, “best to date”, "the album of the century" and so on. Yet Irisarri has aided this reviewer a great deal with an amazingly accurate analysis: “From a performance and compositional standpoint, [The North Bend] itself is a progression from my prior works, mostly replacing the focus on the piano in favor of electronic manipulation of samples […] and guitar playing. In fact, it barely contains any piano, only one track has a piano melody, and it is not even in the forefront, more of a textural melodic element in the background”. Saved myself a paragraph and a whole lot of thinking right there, thank you very much.

The album follows the path of Stars of the Lid’s The Ballasted Orchestra, delving into the region of ambient drone, but with an even fuller sound. On first listen, it sounds more or less like a better-produced studio version of Hammock’s Maybe They Will Sing for Us Tomorrow. Production is key here, because it is one of the main reasons for the success of this album. Everything sounds organic, and the field recordings are incorporated without sounding thin. The drones are dense and intelligently scattered across the frequency spectrum. Most importantly, all tracks sound like they were written for an exact purpose and location. The songs and textures possess a welcome uniformity, guarding against any abrupt interruptions in the mood. From a compositional point of view, the specific notes chosen - played once or repeated - are further evidence of the man’s talent. As a musician myself, I am familiar with the difficulty of choosing the notes that will make the most sense together, and it seems that Irisarri has passed this challenge quite successfully.

Irisarri's previous works (including that as The Sight Below) intimated that his talent was being honed into something awe-inspiring. The seeds have now produced a vintage crop; this is definitely one of the albums of the year." - THE SILENT BALLET (ALBUM OF THE MONTH 8.5/10)

"American composer Rafael Anton Irisarri has received justifiable acclaim for the material he's issued under his The Sight Below alias. But the work he's produced under his real name—the album Daydreaming (Miasmah, 2007) the recent mini-album Reverie (which included an inspired cover of Arvo Pärt's “Für Alina”) (Immune, 2010), and now The North Bend—is more than a match for it. Recorded in Seattle, Washington, his latest release is a superb recording featuring five, beat-free settings that are as meditative as they are alluring. The album's beauty lies in the quiet grandeur with which the tracks' melodic progressions repeat in lulling waves that gently rise and fall in intensity; melancholy in spirit, The North Bend's haunting themes are reminiscent in their potency of Eluvium's Talk Amongst the Trees, which still stands out five years after its release as one of Matthew Cooper's finest moments.

As listeners familiar with Irisarri's work would expect, the material on The North Bend is often deeply textured, with the pieces' neo-classical themes and natural instruments' sounds blurred by layers of grainy noise; only the barest breath of the piano's tinkle is heard, for example, when coupled with the surging waves that roll through “A Great Northern Sigh.” In part, the album represents Irisarri's attempt to replicate the natural splendour of the Pacific Northwest and the brooding sublimity that David Lynch and Angelo Badalamenti captured in their Twin Peaks collaboration. As such, it's easy to imagine the hypnotic theme intoning within “Traces” as if it's emanating from behind the waterfalls that infamously appear during the program's opening credits sequence. The album's most soothing piece is its last one, “Deception Falls,” wherein the grainy click of a vinyl surface forms a textural bed for the glacial movement of ambient tones and elegiac strings. Here and elsewhere, a palpable sense of windswept fields and damp forests pervades the material, not to mention a sense of calm that verges on blissful resignation. Though it might be a mere forty-one minutes in length, The North Bend nevertheless impresses as both a remarkable and cohesive recording. " - TEXTURA (ALBUM OF THE MONTH)

Written and produced by Rafael Anton Irisarri
Recorded in Seattle, WA Winter 2009-2010
at www.blackknollstudio.com
Mastered by Lawrence English at 158
Photography and design by Phil Petrocelli